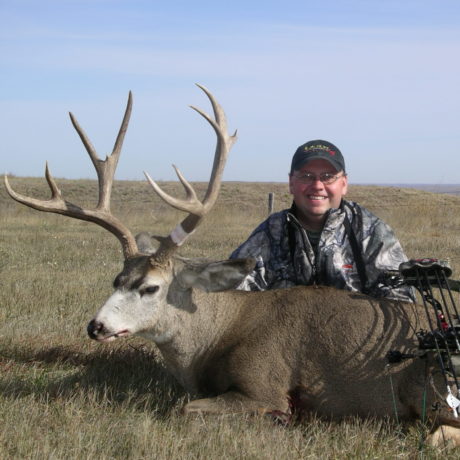 Jason was born and raised in western North Dakota where he grew up hunting deer, upland birds, and working traplines in the winter. As this passion for the outdoors grew Jason applied his knowledge and skills in the outdoor and sporting goods retail sector where has worked for over two decades.  His purest passion is archery, and not limited to hunting, but all aspects of the sport.  He has been a member of numerous state and local archery clubs and mentored many newcomers to the sport over the years.  Jason became an official scorer for both Pope and Young and Boone and Crockett Clubs in 2000 and continues to measure for both today.  He has panel scored for Pope and Young and has been involved in measuring not only state record animals but even some world records.  Jason’s hunting pursuits have taken him across the globe from his home farm in North Dakota to the tundra of Quebec and to the plains of Namibia in Africa.   As his career has evolved his focus has too, now Jason spends as much time as possible in the field with his wife and kids and he enjoys their success more than his own.  Jason also created ND Bucks and Bulls, a social media outlet that showcases some of the best of the region’s hunting experiences.  He has amassed a tremendous following and is respected as an authority in the hunting community.  We are excited for Jason to bring his passion and skills to our team which will lead to even better opportunities for our clients.